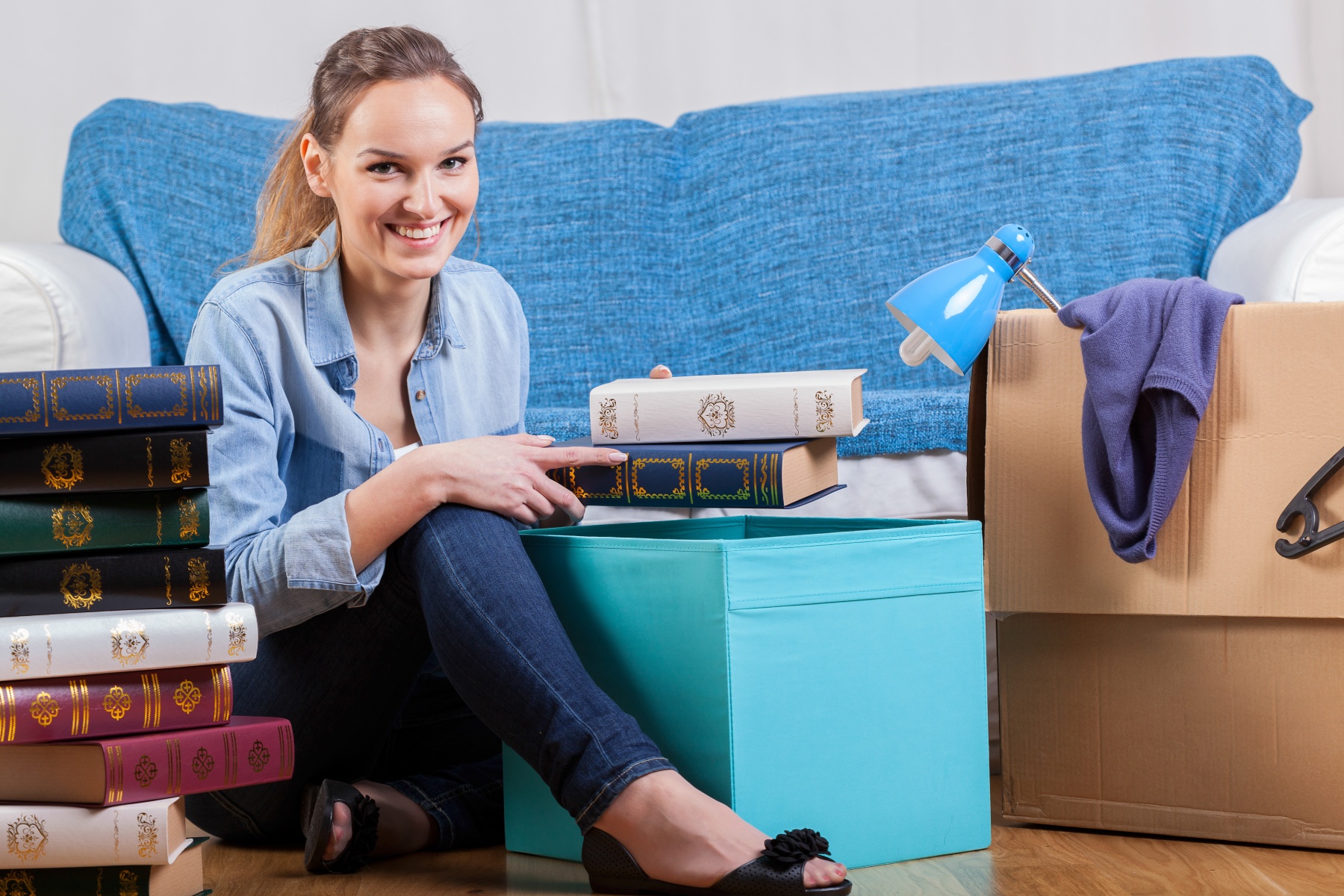 Over the years, I’ve talked to many people who want to live minimally or be more organized. They’d like to have less stuff in their closets, drawers, basements and attics. They’re thrilled with the idea of having less furniture and knick knacks to clean. They want to rid themselves of items they’ve kept out of guilt. They know the advantages of living with less: clearer, calmer minds, less work keeping it systemized, more efficiency in their daily lives.

By the time people call Lighten Up, they’ve already said yes to a change. Although some clients might be anxious the first time we meet, they are definitely ready to move forward. As we start reviewing the process, I can see their faces and bodies relax. Realizations can vary, depending on the case, ranging from “I can see now that my situation is not a hopeless one” to “Thank goodness I don’t have to do this alone.” Each person, in his or her own way, begins to identify ways to change. They admit it’s not as bad as they thought it was and that it’s true – two heads are indeed better than one.

And that’s the big yes! Whether we’re reorganizing or decluttering, there will be some items we have to say no to. Dirty? Ripped? Moldy? Broken? Those are the easy ones.  Saying no to the items kept out of guilt is hard. We think we’re saying no to an actual person, the one who gave it to us or who once owned it. But we can choose to love and recognize that person in our own way. We can say no to the items that serve no useful purpose other than making us re-wrap and shove them in the back of a closet.

Saying no to “woulda-and-shoulda-clutter” sometimes is even more difficult:

There’s nothing wrong with using hope to visualize ourselves living a different life someday. But saying no to all of these possessions and simply getting rid of them says volumes for the yes to the life we’re ready to grasp. With no clutter by our side, we can sit down, spread out, close our eyes and visualize the life we are now prepared to embrace. Our yes mind will be stronger having said no to belongings that just don’t bring value anymore.

Every challenge requires a great deal of strategy for success. We plan in order to bring about the best results; unconsciously saying yes to each new decision. It’s not something of which we’re aware. We’re not yelling “Yes” and pumping our fist in the air each time. But, if we think back on times when we’ve challenged ourselves and physically visualize it, we can see all of the little “yesses” lined up in a row marking the path to the change.

Say yes to change and no to staying the same.